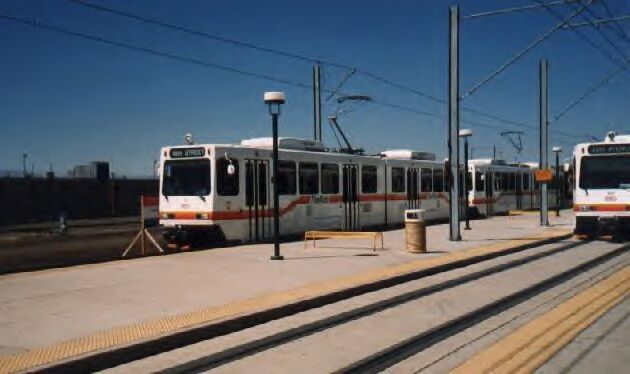 Most of these fleet sizes seem quite small compared with LRV fleets even for modest-sized North American cities operating LRT. (See photo of LRV storage yard in Denver, left.) For example, using data from a presentation by John Schumann to the 2000 National LRT Conference, the following table lists LRT fleet sizes for a number of major LRT installations:

This analysis would appear to suggest that, on the whole, Japanese urban revenue monorail systems – even those functioning as the main rail transit system of a city – are much smaller-scale operations than comparative North American LRT systems.

Data and portions of this report have been adapted from material provided by Leroy W. Demery, Jr.